What is fugacity really?

Fugacity is supposed to be easily understood, especially because that was the main purpose of its invention. Lets just get some history straight first. In the beginning there was chemical potential, usually denoted as μ, and defined as:
with G and ni being the Gibbs free energy and moles of compound i respectively. As you see μ is used to describe the Gibbs free energy, and if you know thermodynamics you should know that Gibbs is used to describe chemical equilibrium in pure and mixed systems, if you didn't know, this is very important.
The problem however with chemical potential is that it is an abstract concept, like the amount of honest bankers, in other words, it can not be directly measured. In its stead fugacity was invented by one, G.N. Lewis (Also famous for his Lewis dot structure of molecules and his mustache).
Partial fugacity, is the pseudo-pressure exerted by the mixture of molecules in the vapor phase, and it is described by the following formula:
With C a temperature dependent constant, R and T being the universal gas constant and system temperature (in Kelvin) respectively. The thing about partial fugacity that makes it so convenient is that the fugacity of a component, i, is equal in all phases at equilibrium, i.e:
The following is absolutely my own opinion with no experimental data to or referencing to back me up, but fugacity for a pure substance is the measure of the tendency of the substance to escape from its liquid phase to the vapor phase, and the partial fugacity is the contribution a species make to the system pressure in a closed vessel. If you see it in any other way, please leave a comment, I'd enjoy another point of view on this subject. 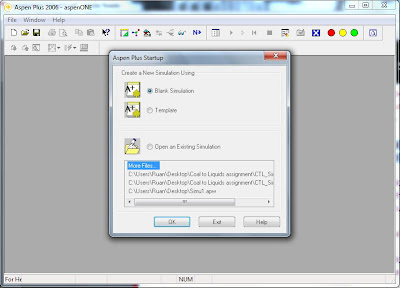 Why start a Chemical engineering blog?